A Tribute to Byron Treado III

The Plainville Sports Hall of Fame was established in 1998 by Byron Treado III to keep Plainville sports history alive. Plainville has been blessed with wonderfully successful individual student-athletes who have established state and New England records, as well as nationally recognized coaches and state championship teams. These memories deserve to be shared and maintained. The mission of the Plainville Sports Hall of Fame is to recognize, share and preserve individual and team achievements that have brought pride to Plainville. After Bryon’s passing on October 22, 2021, the Plainville Sports Hall of Fame committee started the Byron Treado III Memorial Project, which entailed relocating the Hall of Fame to a more prominent and visible location in the athletic lobby of Plainville High School. This project was made possible by so many generous people who care for and love not only what Byron established but also everything about Plainville. Byron Treado III was the consummate volunteer, leading countless town organizations while positively touching the lives of thousands of Plainville’s citizens and student-athletes. He was always happy to meet a new person, to continue an old conversation, and create new friendships while tirelessly working to help his community, lifelong friends and loving family. He truly believed Plainville is a great place to call home and that there was no other place he would rather be. 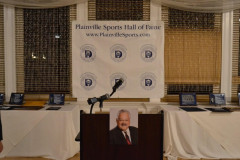 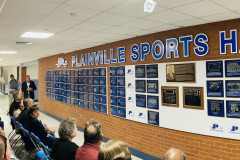 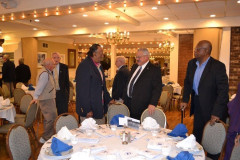