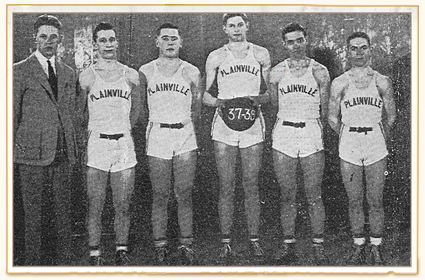 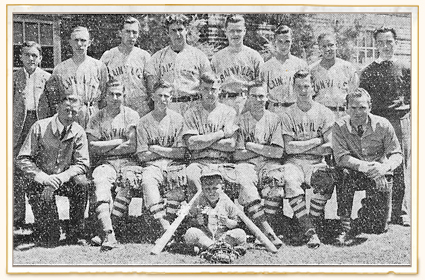 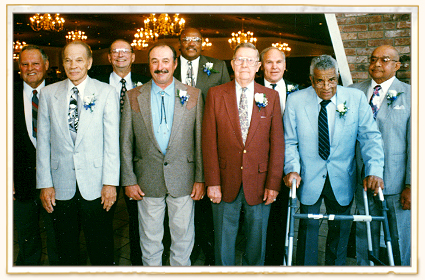 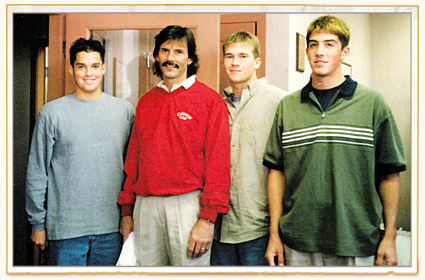 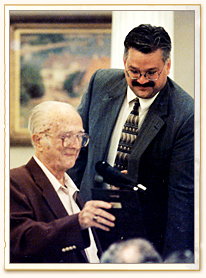 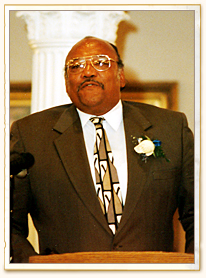 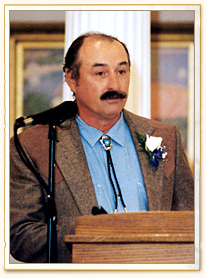 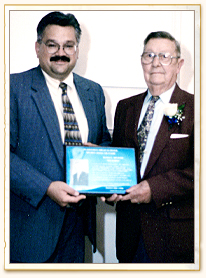 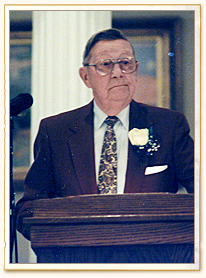 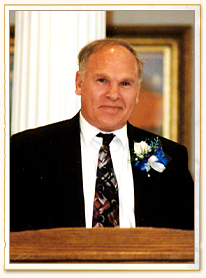 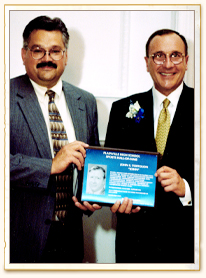 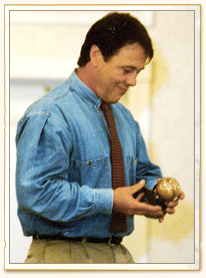 Lew Tucker admires the autographed baseball from a “no hit” game pitched by his father in 1939.  The ball presented by Ivan Wood at the induction of Lew Tucker 1998. 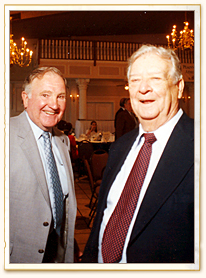 Red Dalena & Fran Cunningham enjoy a moment at the 1998 event