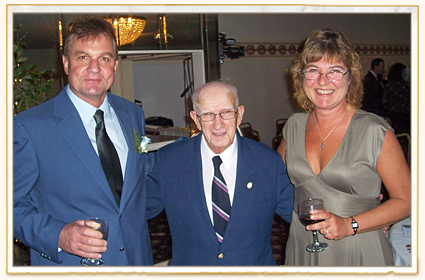 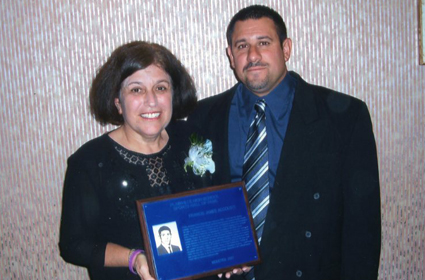 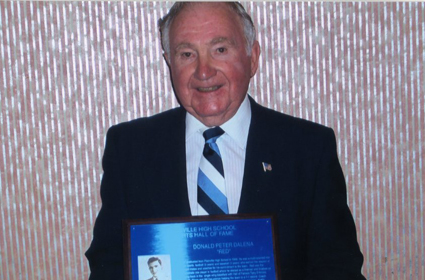 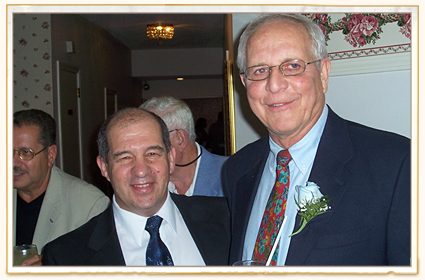 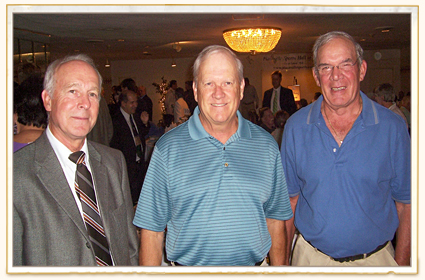 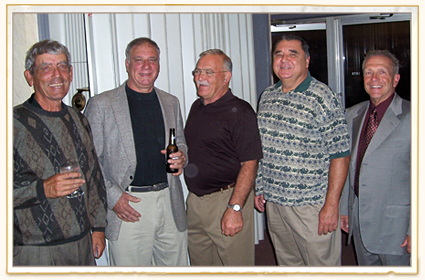 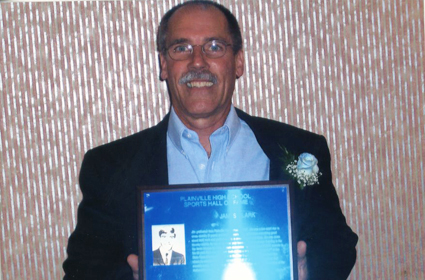 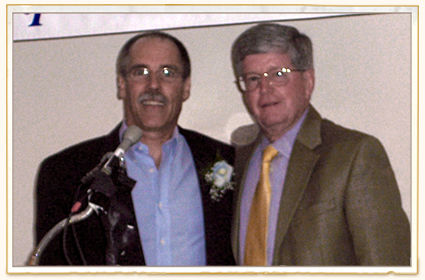 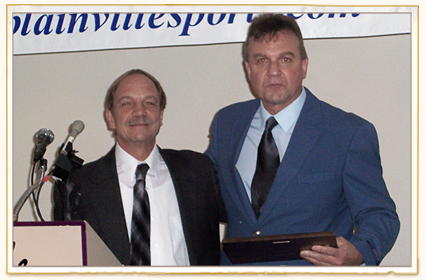 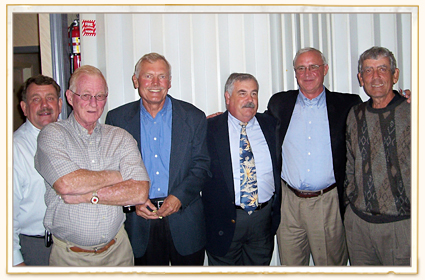 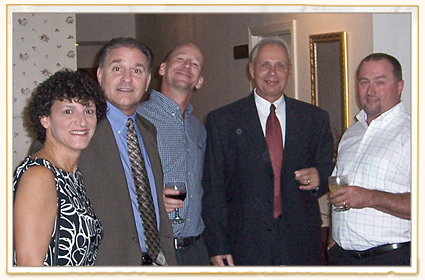 PHS Principal, Greg Zioggs (center) with some of his former student athletes at the 2007 Induction Dinner. 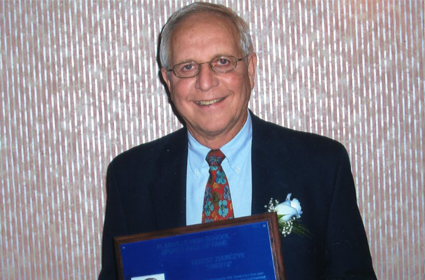 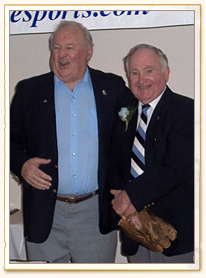 Hall of Famer Tony D’Amico leads the cheer for 2007 Inductee Red Dalena who still has his glove from his 1945 baseball season at PHS. 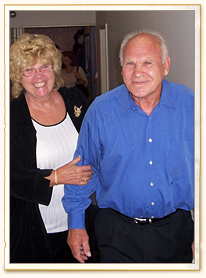 Charter Hall of Famer John Gacek and his wife Pat at the 2007 Dinner.