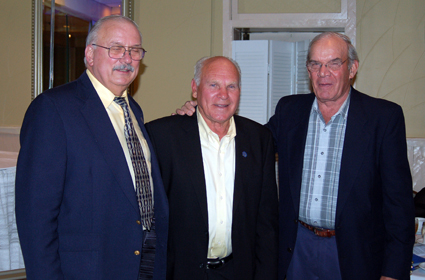 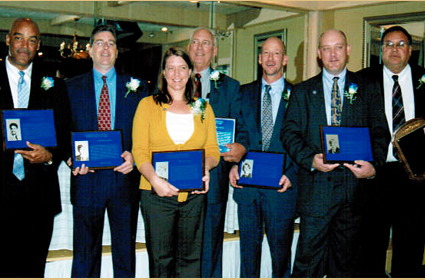 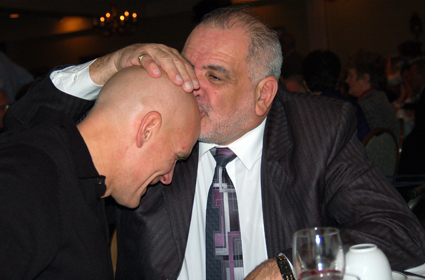 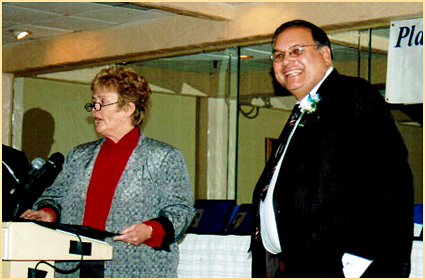 State Representative Betty Boukus took her turn sharing Matt Buckler stories before presenting Matt with proclamations from the
State of Connecticut and Governor Rell at the 2008 Inductions. 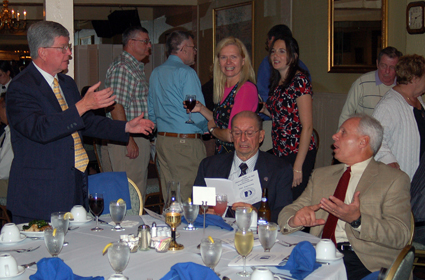 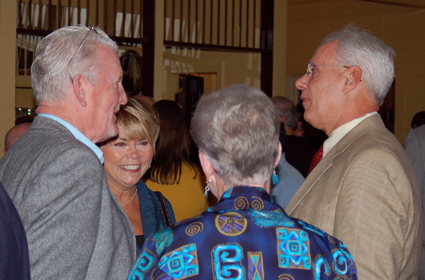 Bruce Edge and Greg Ziogas and their wives enjoy some conversation 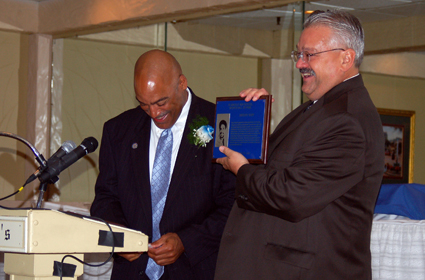 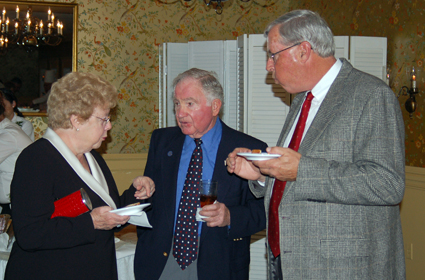 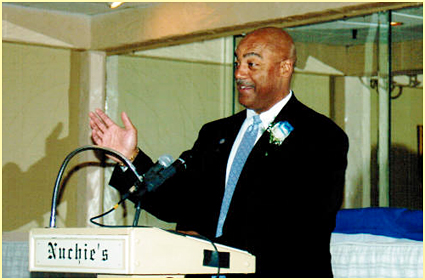 2008 Inductee Greg Henry thanks his most influential coach, his dad as he accepts his induction. 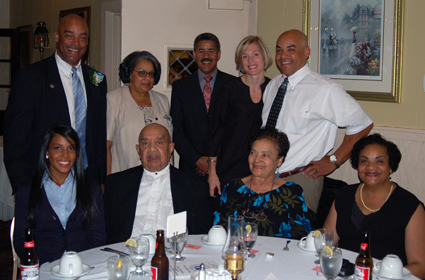 Inductee Greg Henry and his Hall of Fame family 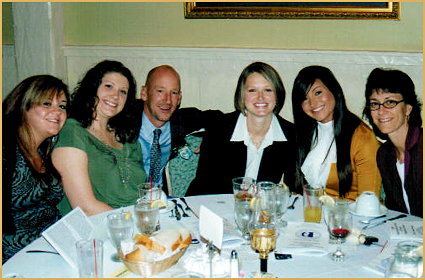 2008 Inductee Lou Mandeville and his Hall of Fame wife Lisa Mandeville enjoy some time with members of the PHS State Championship team that both Lisa and Lou coached. 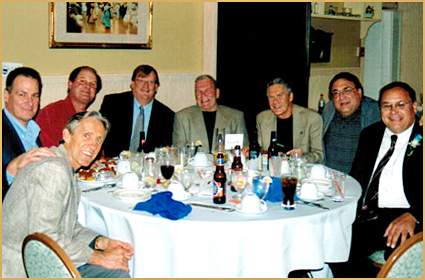 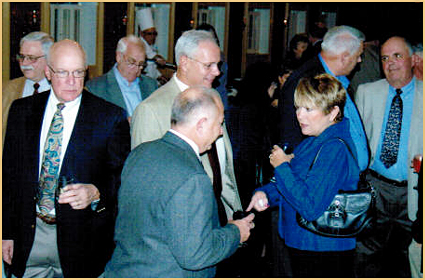 Greg Ziogas, Connie Ziogas and Randy Doucette share a moment before the 2008 Inductions during the social hour reception at Nuchies. 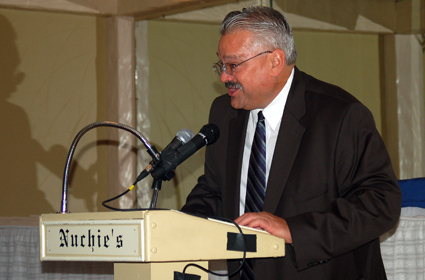 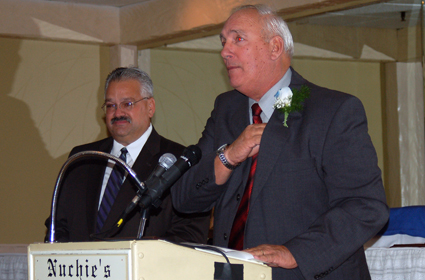 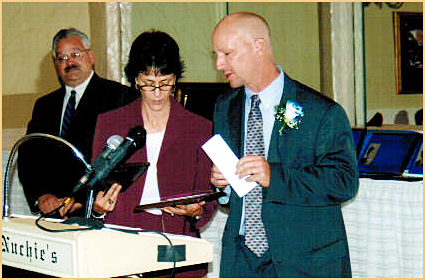 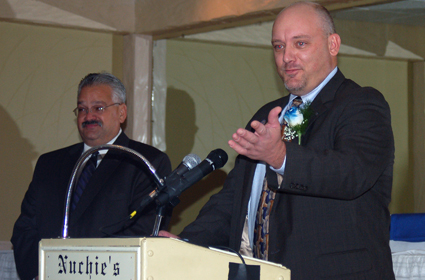 Peter Van Zandt recognizes his family during his acceptance speech 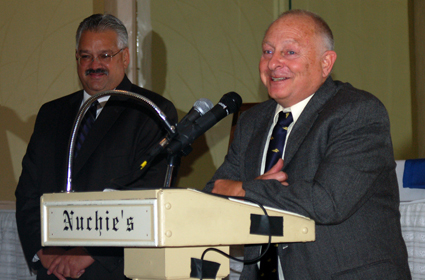 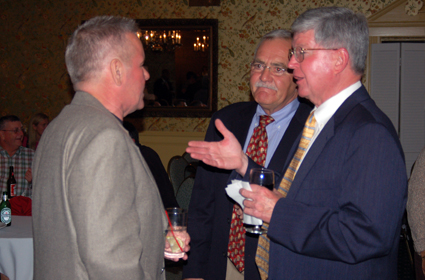 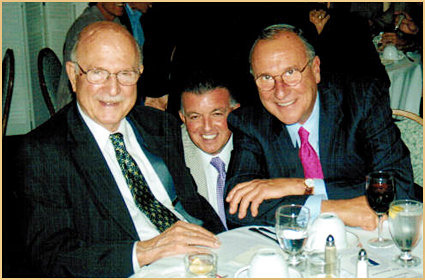 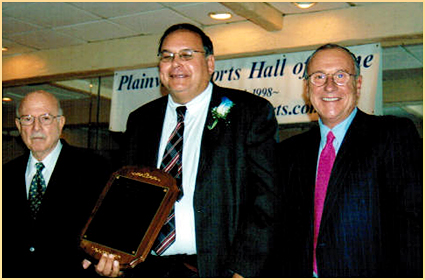 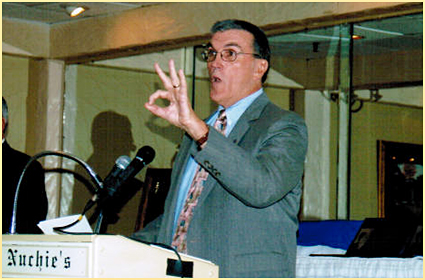 Hall of Fame member and former PHS coach Ron Jones still knows how to deliver an engaging speech at the 2008 Inductions where he presented Kevin Beaudoin. 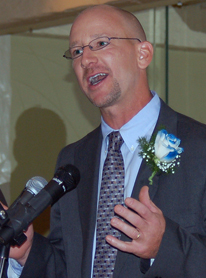 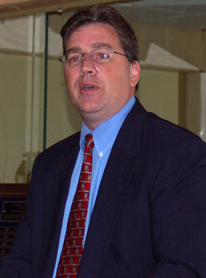 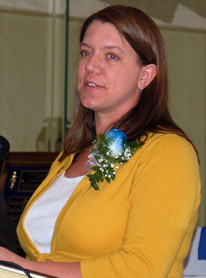